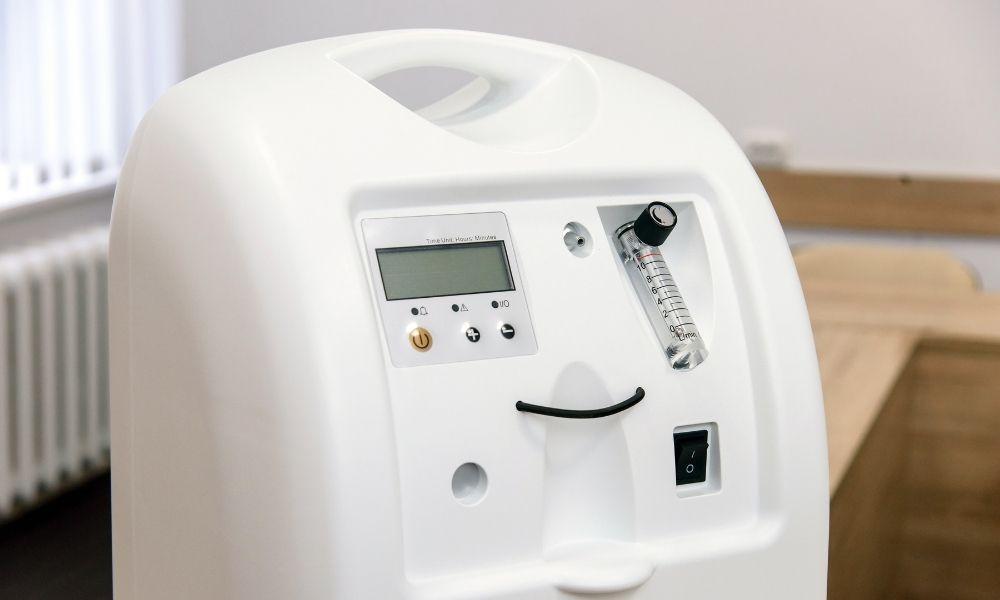 Chronic obstructive pulmonary disorder, or COPD, is the progressive degradation of the lungs. In the case of emphysema, this takes the form of gradual destruction of the alveoli, or air sacs, which lose their full capacity to take in oxygen. Chronic bronchitis—the inflammation of the bronchial tubes that supply air to the lungs—narrows the airways and further compounds labored breathing with increased mucus production. The end result is that the lungs receive insufficient oxygen. Oxygen therapy accounts for this by delivering pure oxygen—whether from a tank or by concentrating atmospheric air—to compensate for diminished capacity. While stationary oxygen concentrators are the primary form of supplemental oxygen therapy, portable designs enable patients to receive supplemental oxygen while they’re away from home. Here’s a look at how portable oxygen concentrators impact quality of life.

Lose the Shortness of Breath

It’s a familiar feeling for those who have COPD: you feel as if you’ve just run a marathon in the snow, uphill both ways, and all you want to do is crash on the couch and pull yourself back together. Unfortunately, all you’ve really done is step outside to pick up some fallen twigs in the yard. With insufficient oxygen intake, respiratory problems sap our stamina—fast. When shortness of breath overtakes people, simple tasks become difficult and difficult ones become impossible. This can leave people with respiratory difficulties homebound or bedridden and unable to make the most of life. A portable oxygen concentrator reopens some doors, allowing oxygen therapy patients to move around without needing to gasp for air.

Moving around is something we all need to do. It may seem counterintuitive or even impossible for doctors to request light exercise of patients with COPD who require oxygen. However, refusing to get this exercise can cause muscles to weaken and the respiratory system to worsen further. While strenuous forms of exercises may be out of the question, activities such as walking, stationary biking, and simple calisthenics are important to keep muscles from weakening and further fatigue from encroaching. Of course, taking on these tasks without the aid of supplemental oxygen can be incredibly difficult or nearly impossible, and you may not be able to do your exercise within the range of your home oxygen concentrator. That’s where a portable alternative comes in. With a portable concentrator by your side, you’ll be able to step out to take a walk around the block, hit the treadmill or the elliptical, and work on some of those stretches and lifts that will help to keep you strong.

Get Mental Acuity Back

It’s one thing to no longer feel as if you’ve run miles through the snow, but another benefit of a portable concentrator is that you no longer feel like you’re no longer in the fog, either. Not getting enough oxygen can lead to mental fatigue as well as physical aches and pains, making trips outside the home less of a novelty and more of an obligation. Being without concentrated oxygen on the go can affect your mental sharpness in many ways. You may suffer from slower reaction times—a serious danger when driving or walking—as well as a frustrating inability to locate a familiar word in your vocabulary. Doctors believe this happens for two reasons. The first and more obvious of the two is that a lack of oxygen to the brain strains and damages neurons, adversely affecting memory. However, many scientists also believe that the lung inflammation that occurs as a resort of low oxygen also affects memory. The same chemicals that are present in inflammation may also affect mental processes, causing some of the vexing mental conditions that make life with emphysema, chronic bronchitis, and other long-term respiratory conditions so frustrating. When oxygen therapy patients get more oxygen at home as well as when they’re out and about, they can burn off the brain fog and think with greater clarity. Portable oxygen can make it possible to make split-second decisions or work on some long-term reading projects without losing mental concentration.

Opportunities to sit and get some reading done away from home bring us to the next of our benefits of portable oxygen. A prime concern people on home-based oxygen therapy have is that because they’re tethered, in a sense, to a stationary concentrator device, they’ll never be able to go far from home again. That’s an especially hard pill to swallow as we watch the world gradually reopen in the wake of the COVID-19 pandemic. With the advent of portable concentrators, this need not be the case anymore. Thanks to batteries that last as long as 13 hours on some models, people who require supplemental oxygen can continue to receive treatment on long car rides, train rides, and even while in the air. While the combustible nature of oxygen may seem like a concern in the pressurized cabin atmosphere of an airplane, note that the Federal Aviation Administration has approved many models of portable concentrators for onboard operation. Even making the cross-country flight from New York to Los Angeles, including the time you’ll spend at the terminal, is a viable possibility once again.

Once you let life take you away from your stationary concentrator, you won’t have to worry about how an oxygen deficiency may affect other vital processes of your body. In addition to compromised breathing, impaired kidney function is a common secondary consequence of chronic obstructive pulmonary disease. But make no mistake—there’s nothing secondary about renal failure. Without enough oxygen reaching the kidneys, these vital organs undergo hypoxia and start to become fibrous and ineffective at filtering toxins. By continuing to receive supplemental oxygen outside the home, patients will be able to preserve their kidneys’ function by ensuring they receive enough oxygen to do their dearly important job.

With a better understanding of how portable oxygen concentrators impact quality of life, it’s time to start exploring these useful adjuncts to your stationary, home-based equipment. Bridge to Care makes a better life possible for people who require supplemental oxygen by offering a wide variety of small portable oxygen concentrators for sale. Despite their tiny size, these units can be quite effective, providing up to five liters of oxygen per minute for users. These small but mighty devices are also quite advanced, employing pulse flow technology to give you more oxygen when you need it. You deserve to breathe well in any situation. Look over our selection and find the model that’s right for you.

NOT READY TO PURCHASE TODAY ?

SIGN UP AND WE'LL KEEP YOU UPDATED ON NEW INVENTORY, SPECIALS AND PROMOTIONS.

ABOUT US
BUYBACK REQUEST
TECH SUPPORT
FINANCING REQUEST
OUR LOCATIONS